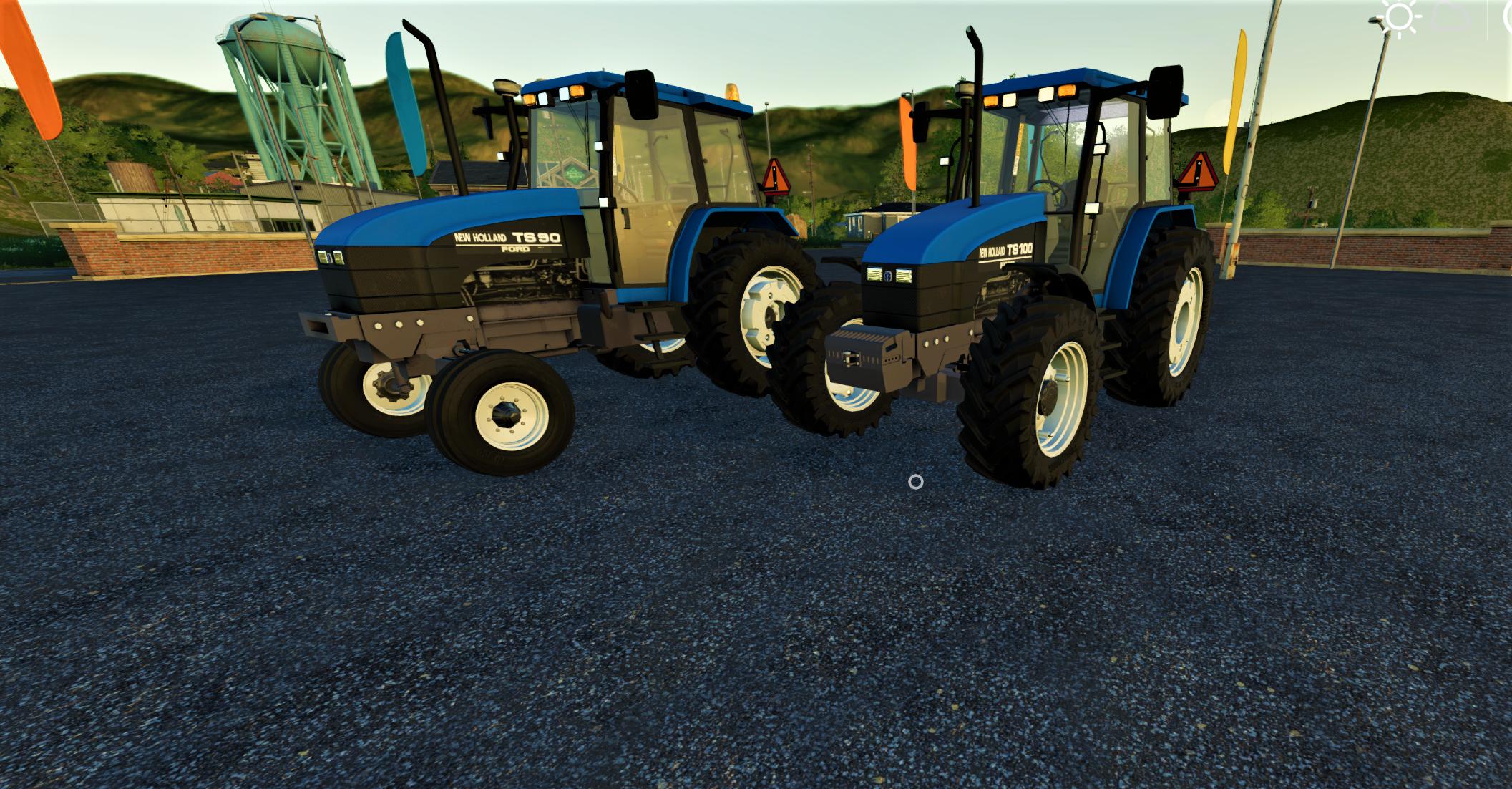 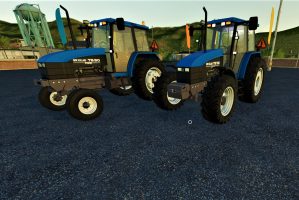 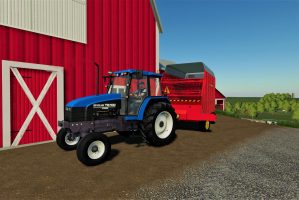 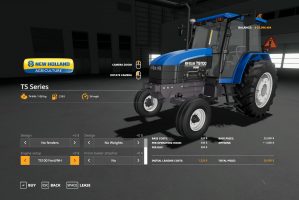 TS Series US Version 3.  I converted this a few months ago before I had my page on Facebook. The old version was full of Errors this one has been cleaned up. It’s honestly been a bear to get error free.

*Changelog:*
Added back in the 2WD version that was in the mod from FS17.
Made the front weight selectable.
Cleaned up the error logs. Unless you guys find something this version is error free.
Fixed where the rear PTO was not connecting.
Fixed the original Dash display so it works like it did in FS17.
Fixed the turn signals before it just had hazard lights.

*Original Post.*
This is my conversion of the First Gen(1998-2003) New Holland TS Series from FS17 to FS19. I’ve added an American style light configuration, 40 Series wheels, Ford/NH decals that were on these tractors until the year 2000, no front 3 point hitch, and a warning triangle. The sound file is from the in game New Holland T5. I didn’t UDIM it, it could probably use it, but I was happy with how it turned out.

This site uses Akismet to reduce spam. Learn how your comment data is processed.