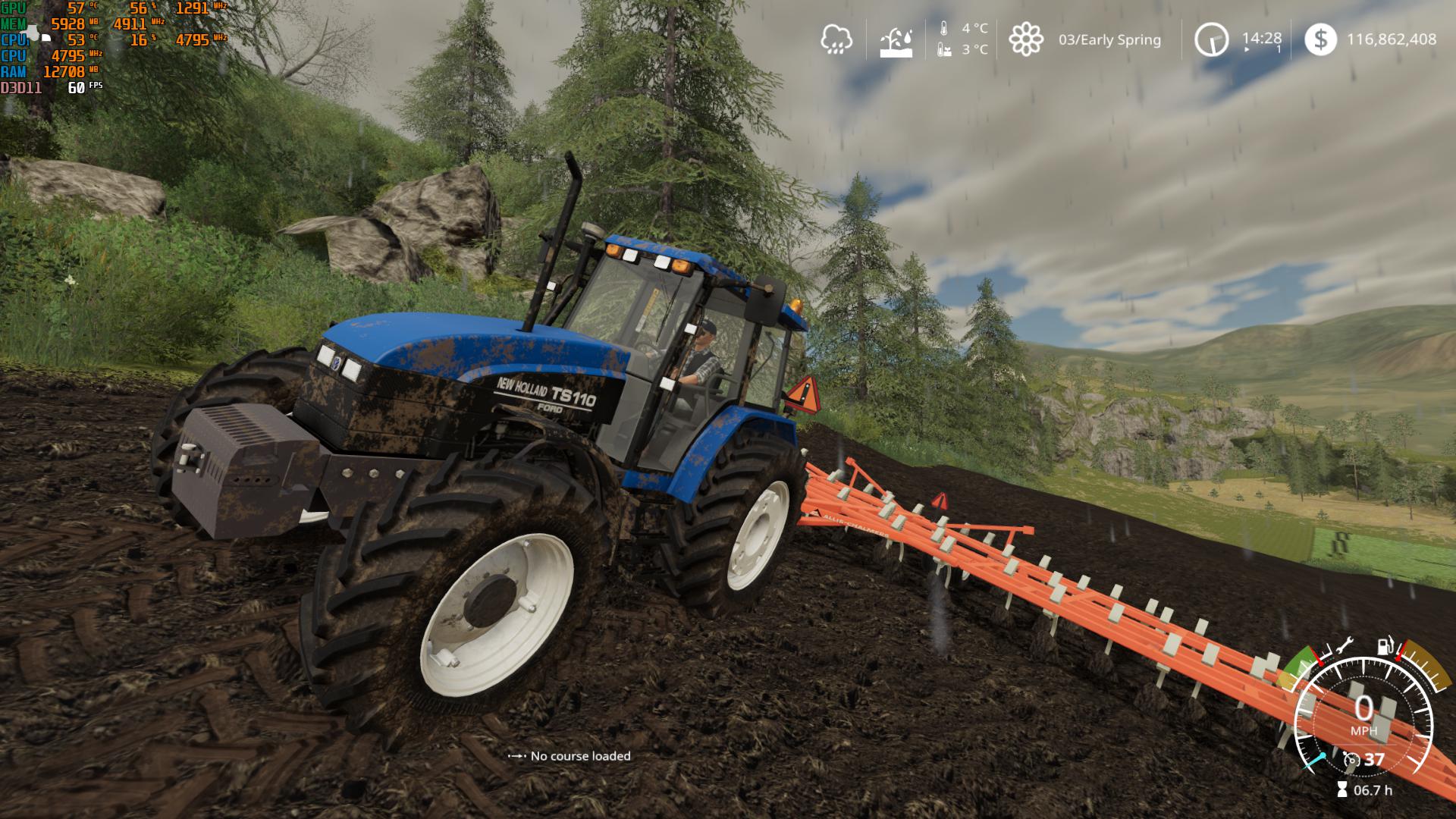 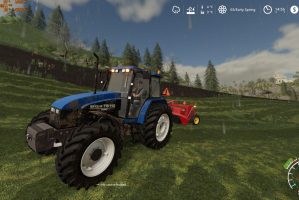 This is my conversion of the First Gen(1998-2003) New Holland TS Series from FS17 to FS19. I’ve added an American style light configuration, 40 Series wheels, Ford/NH decals that were on these tractors until the year 2000, no front 3 point hitch, and a warning triangle. The sound file is from the in game New Holland T5. I didn’t UDIM it, it could probably use it, but I was happy with how it turned out.

*Known issues:* The decals aren’t perfect, I may release another version later that has fixed decals. I removed FIAT from the decals and changed them to Ford.

The windshield wipers do not work, I’m not sure why probably something I’m overlooking in the XML.

There are no turn signals, only 4 way flashers. These are very minor issues that don’t really affect the gameplay. Credits go to the ARM team for the orignal mod from FS17.

Giants for the lights.