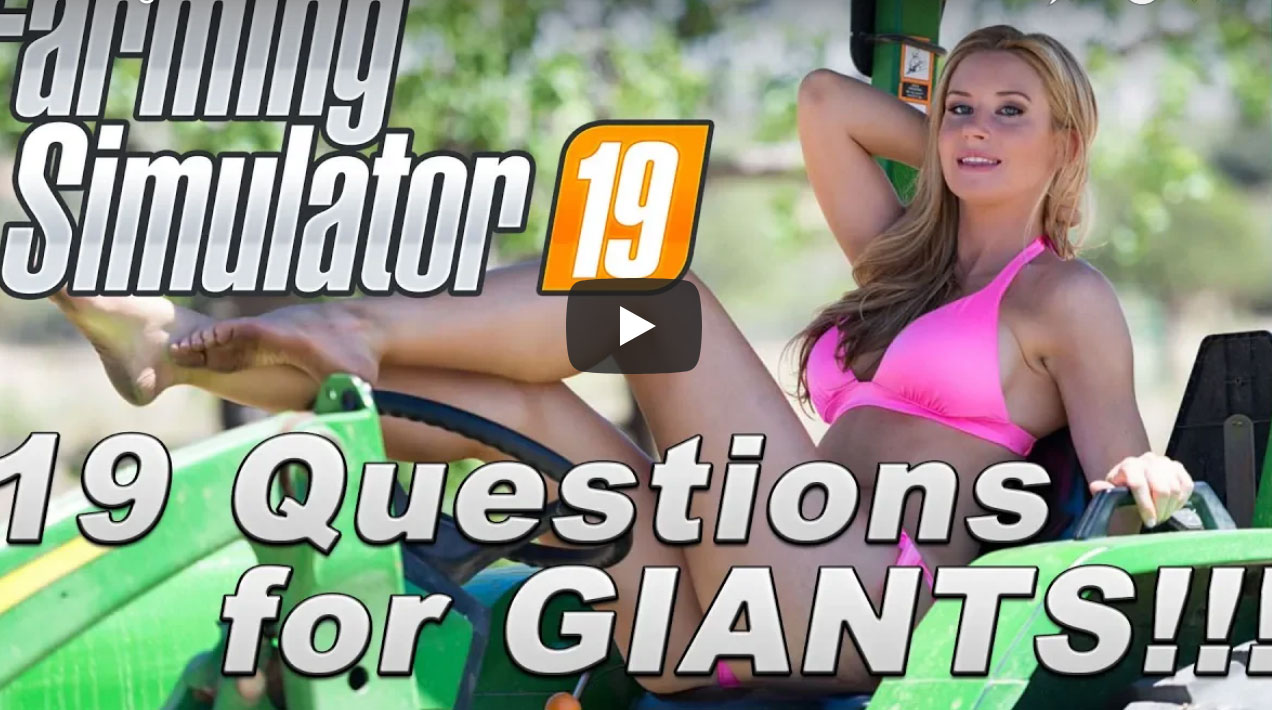 Here we go with questions for Giant Software about Farming Simulator 19 game.

So let’s get started!

Can you confirm to the trailer as shown in the screenshots are the Brent over loader and a Wilson trainer?

What can we buy in the Farming Simulator 19 game? Farms or more buildings?

We can’t say anything about that at this point in time.

Would we see any class equipment in the FS19 game.

We do not currently have a class license at the moment

Can you talk about the significance of the dog from the Farming Simulator 19 CGI trailer are.

At very least confirm whether or not we would have a canine companion. The dog will indeed be in the FS19 game or rather a dog possibly not the exact one from the trailer. However the dog won’t be a major feature of the FS 19 game. Just something nice we are still fiddling around with it. So I don’t have an answer for the quote what can he do.

So horses are confirmed. Can you tell me how they are implemented into the Farming Simulator 19 game. Are they similar to the way animals have worked in the past.

They will be a bit different. You can ride them and you can’t have so many as farmers usually don’t own a hundred horses more details in the future.

Can you tell me a bit more about the hired workers. Are they going to work similarly to how they have in the past. Are we to be able to hire different workers with different skill levels and salaries?

Workers are pretty much the same as they used to be. However we’ve made them a bit more clever.

Would there be any kind of career elements for example more of a store to buy or expand your firm or some kind of role-playing element to the FS19 game or will it be more faithful to the play style in previous versions?

We will stick to the previous versions. We made some adjustments to some of the systems with more details to be revealed around farm con I think, but it’s still the known game our animals still simply buy, feed  and sell.  Horses are not the same anymore, but for the old animals it’s pretty similar to what we had.

Cann we go inside the farmhouse on the two new maps like in the southern American DLC map?

We’ve done a lot to the post-processing of the engine. We believe it is where we added the most features and we’ve added lots of things to make the Farming Simulator 19 game look better! The results are quite cool.

Can you tell me anything about improvements to the physics engine?

Do you have a release date at the moment?

No fixed day, but we will have it very soon.§ I’d say around the time we usually release is quite fitting

Can you tell me any news about the minimum and recommended Farming Simulator 19 system requirements?

Yes, as soon as we have them, but that’s not now.